From my bookshelf: ‘Many Pakistani writers have produced excellent works’
By: By Sanam Zeb 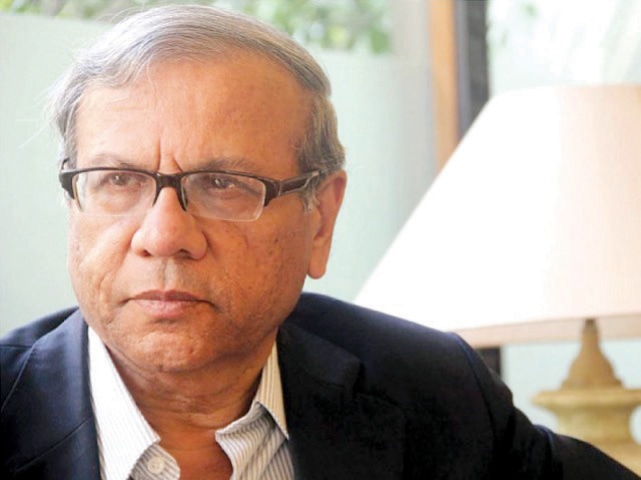 Q: What books are you currently reading?

A: I am reading the ‘History of Nepal’ by John Whelpton, because I recently visited Kathmandu and I wanted to know more about Nepal. The book chronicles the history of Nepal over the last 75 years including the rise of Maoists in Nepal, the conspiracy against the royal family and the general political circumstances.

I also just read ‘After the Prophet’ by Lesley Hazleton which is an account of the successors of the prophet (PBUH). The book is very well written but the last chapter in which she recounts the martyrdom of [Imam] Hussein is very weak and there is a lot of missing information. I have studied Islamic history and biographies of Hussein, so I know that a lot of information is missing. It seems like she has gotten her information not from research, but from what you hear in various majalis.

I am also reading the biography of Ghaus Khan Bizenjo, who served as the governor of Balochistan in the 1970s. He was a fascinating man. He went to study at the Aligarh University, and I think that was a great achievement for a boy from a small village in Khardar. Bizenjo wanted to be a footballer, but because he could not get into a team, he chose to come into politics instead. He always regretted not being able to pursue football.

I always find the best books at airports and hotel lobbies. I picked up a book about the earthquake in Quetta in 1935 and the destruction it brought at the Quetta airport and it proved to be a very interesting read.

Q: Which classic were you unable to finish?

A: I recently started reading a translation of Ibn-i-Khaldun’s ‘Muqadimah’. Ibn-i-Khaldun lived some 1,000 years ago and he wrote about the culture and politics of that time and of his travels.

The book is a laborious read, or maybe it was for me because you cannot relate to anything from so long ago. I felt like the discussion of the political situation at that time was irrelevant and by reading the book, I was not going to be enlightened. So, I only made it through the first chapter and left the rest. I think that is the only book I have not finished reading.

Q: Which book do you return to again and again?

A: The only book I have read for the second time is Leo Tolstoy’s ‘War and Peace’. It is a fascinating read, partly because Russian authors describe everything in so much detail and so well, from the curtains to dresses and decor. You almost feel like you are part of the story.

The book is also politically nuanced and pre-dates the Russian Revolution. I feel like it relates to the political situation in Pakistan, because we also have our political elite live in great luxuries while the masses suffer poverty. Our situation is not as bad, but I still feel like I could relate to the book because we have a similar political scenario in Pakistan.

Q: Who do you think is an underrated writer?

A: There are a lot of Pakistani authors who have produced excellent works. I think the best example will be ‘A Case of Exploding Mangoes’ by Mohammad Hanif, which was extremely well written and relates to events you have been through and is set at the time of the death of General Ziaul Haq. The book flirts dangerously with reality and fiction, and at times you do not know if what you are reading is true or made up. It does not drag at all.

Hanif shows how the ISI operates and how the head of the ISI gets his own employees murdered for being Christian. You feel as if the writer must have had a lot of information, like he must have been part of the information structure, which he was not, because I know Hanif. And yet he exposes so many truths about how things work in Pakistan, including corruption.

Q: What are you planning to read next?

A: I am trying to get my hands on Nicola Khan’s ‘Mohajir Militancy’. I am interested in reading this book because I have also researched into the topic and about 15 years ago, my paper on the ‘Anatomy of Ethnic Militancy’ which was published by the SDPI.

In the 1950s, mohajirs controlled the politics, bureaucracy, industry and banking in the country and over time, this control has loosened. So, the mohajir militancy is a result of the loss of power instead of deprivation.

There is a book by Laurent Gayer called ‘Karachi’, in which he looks at Karachi from the perspective of the control of resources including Land and bhatta, which is related to violence and of which the MQM is very much a part of. He has studied who looks after which battle and how all these battles have shred Karachi. But, that was many years ago and I want to see how what angle Nicola has taken.

IS ALASTAIR CAMPBELL A LIAR OR A SUCKER?