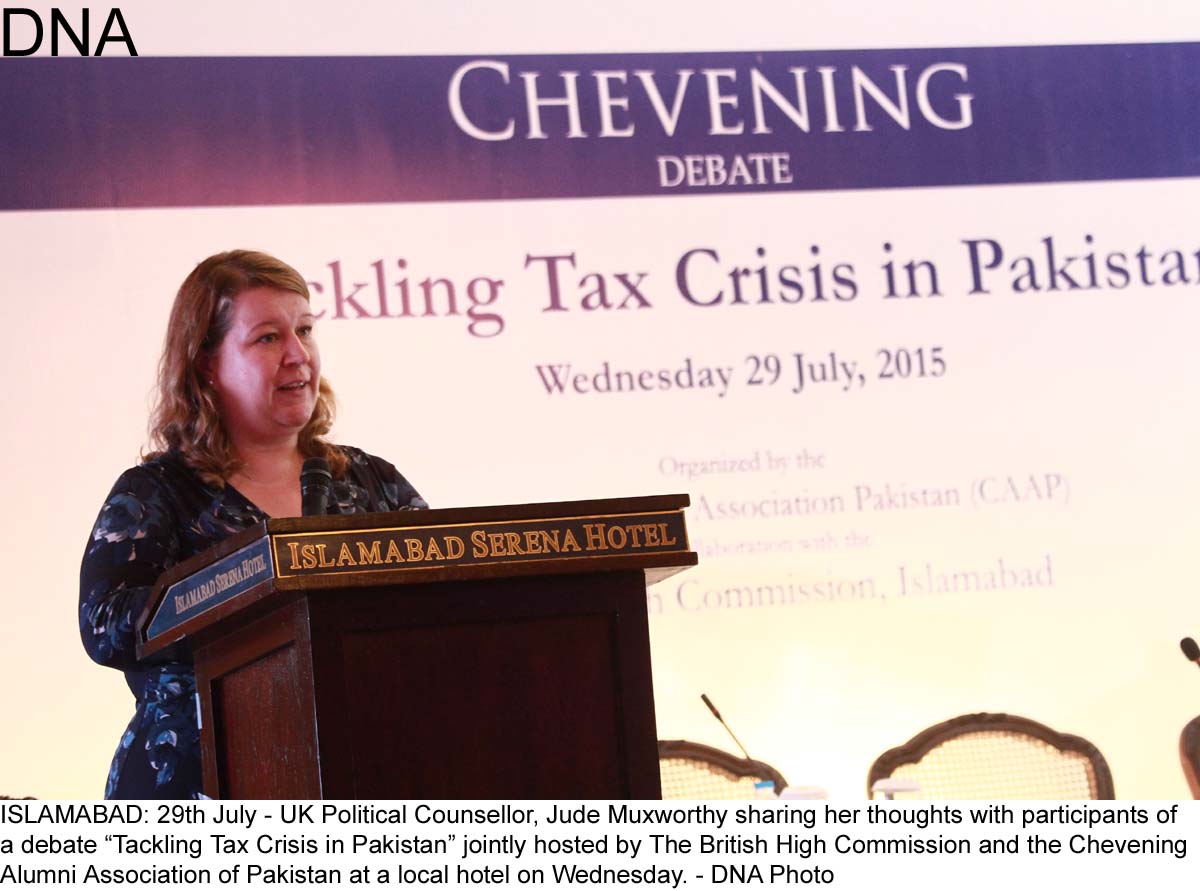 The debate was attended by financial experts and leading figures from government, politics, judiciary, media, academia and diplomatic community in Pakistan.

The initiative was the idea of the Chevening Alumni Association of Pakistan, a think-tank and network of leading alumni of the UK’s flagship Chevening Scholarship Programme in Pakistan.

Their aim of organising a series of such discussions is to assist the Government of Pakistan at policy level to help identify ways to promote Pakistan’s economic and social prosperity.

Sharing her thoughts with participants and panel members, Acting UK Political Counsellor, Jude Muxworthy said, “I would like to thank the panel members for such an absorbing discussion on taxation. During today’s discussion the panel members and participants discussed the consequences of Pakistan’s low tax-to-GDP ratio, in particular the challenges of financing critical basic services, such as education and healthcare”.

Shea said, “They looked at what courses of action various stakeholders could take. They welcomed the government’s commitment to increase the tax-to-GDP ratio and the steps being taken to achieve this by abolishing some special tax exemptions, issuing notices to potential taxpayers to file tax returns and publishing tax directories to name and shame wealthy people who are paying little or no tax. Pakistan is one of only four countries globally to publish this directory, which helps improve transparency”.

“Pakistan has eliminated a number of tax concessions over the last two financial years yielding nearly 0.4 percent of GDP in 2014/15. The government has also committed to broaden the tax base, leading to a fairer taxation system”, she added.

“Participants noted the importance of a concerted effort on tax administration and enforcement to widen the income tax net so more of the wealthy pay their fair share”, Jude Muxworthy concluded.

Experts warn against relying on one economic partner